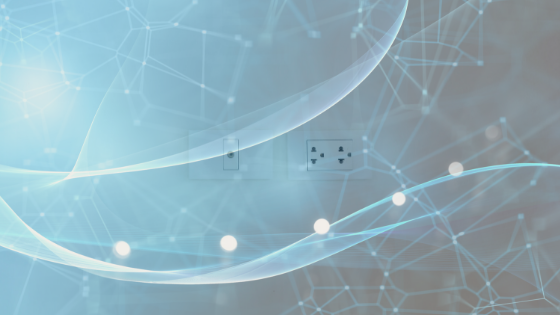 If Cord-Cutters Really Are Changing Their Minds, OTTs Must Invest In Data

The evolution of the OTT landscape has laid down a blueprint for broadcasters to emulate, customize and diversify. With the market being penetrated by many Pay TV video companies and facing fierce competition for screen time from video games, it is becoming a survival of the fittest where only those willing to invest in user data will know how to navigate the changing sphere of OTTs.

The original concept of an OTT like Netflix when it started streaming video in 2007 was to be a more affordable way to gain access to a smaller portion of television content - a no-frills alternative that gave you access to your favourite shows from the past and kept costs to a minimum.

Charging $4.99 a month for only two hours of streaming seemed like a great deal at the time, but now, as the market becomes more demanding and too crowded for big players to keep their prices low despite offering unlimited access, Netflix's 18% price hike has apparently left many critics feeling like this may be the last straw for those flirting with the idea of cutting the cord.

There is an OTT war. This is debatable, but it's what many are claiming after the recent shift in video distribution where it seems most big players in the broadcasting industry are rolling out an OTT service while pay TV sees more than one million users pulling the plug each year in the US alone.

Whether it's Disney's upcoming SVOD, Amazon's partnership with IMDb, BBC's Britbox or even the unstoppable popularity of Fortnite, there's no doubt that the already crowded market will need to innovate in order to create a space where these businesses can survive. Full visibility of user behaviour for data-driven decisions is a proven way to create a solid and reliable service that users can rely on, stay loyal to and advocate for.

"Saving money is one reason to cut the cord. Better viewing is a big factor as well."

Netflix's recent price hike has been debated heavily by the media and it's not just the $1 more a month that's getting a rise out of people. Many claim that this will be the final deterrent for potential cord cutters who have put off subscribing to an OTT and ending their Pay TV contracts.

In response to Netflix's price hike, an article from USA Today recently stated that with the increasing number of SVODs you have to subscribe to in order to access all the original content, the cost now outweighs that of Pay TV. However, the article also states that the additional features including device compatibility, immediate access, no installation fees and a speedy start-up process make going for an OTT-based experience still a very attractive option.

Basically, USA Today is stating that OTTs are guilty of going against the exact reason for their existence - making access to content cheaper. Truth be told, the appeal of streaming services has altered greatly over time. While originally, access to a refined collection of TV shows and films allowed companies like Netflix to find temporary success, it has been their venture into original content (Netflix spent $8 billion in 2018 alone) that is driving the value of these services.

The "War of Originals", as the Financial Express phrased it, is very real and if smaller companies are looking to remain competitive they must follow in the steps of services like Netflix who use their own monitoring tool, Lumen, and invest in a solid infrastructure and analytics solution.

The Real Threat to OTTs

“We compete with (and lose to) Fortnite more than HBO,” Netflix said in a letter to shareholders in January as the company reported its quarterly earnings. “There are thousands of competitors in this highly fragmented market vying to entertain consumers.”

Since this letter, CEO Reed Hastings has spoken more about this and detailed his reason for including this in the letter to shareholders. More than Hulu, or Amazon, Netflix sees Fortnite as the biggest threat to their total screen time.

In October 2018, Youtube experienced a short outage which, according to Hastings, resulted in huge spikes in sign-ups and playtime for Netflix, who used this as evidence to back up his previous claims. These claims came in response to whether Netflix sees Hulu, Amazon or Disney's upcoming SVOD as fierce competitors, and while Netflix's little dig took them deeper into their rivalries, as Netflix begins to push their subscribers to spend, it's the perfect time for companies to catch those who jump overboard.

Wall Street Analyst David Trainer claims that Netflix's price hike is a Catch-22, calling it a "key dilemma" for the company. Trainer claims it "makes their competitors more viable." The dilemma, he explained, is that the streaming company relies too much on its subscribers to generate revenue.

Netflix is preparing for the next stage of the OTT war where more VODs will saturate the market and mean many major services could see numbers go down if they don't monitor their platform to guarantee indsutry-leading QoE.